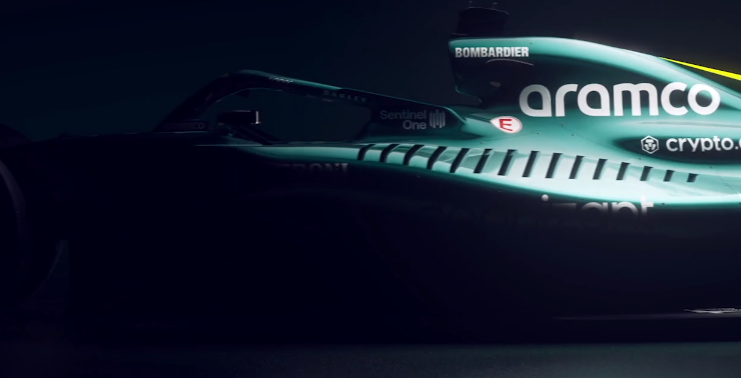 I wrote about this when it happened, but the idiot F-1 race car driver Sebastian Vettel came to Canada on a private jet last month along with dozens of his Aston Martin lesser teammates in other jet aircraft and then hopped into countless diesel trucks and of course many team cars (many of the elites like Vettel were presumably provided Aston Martins, possibly like the Aston Martin DB11 — base price: $248,986 — which has a 5.2L twin-turbocharged V12 engine), to race in Montreal for fun and profit (all theirs).

Yes that’s right, the whole exercise in scoring wads of extra cash was based on the availablity of copious quantities of fossil fuel products to literally just burn — thousands of gallons of fossil fuels all told — for nothing more than to engage in sports entertainment (but mostly to make him and team owner, Canadian Lawrence Stroll, even richer).

As we all know very well by now, Vettel arrived here wearing a Canadian “Tar” Sands Oil Be Bad! —type t-shirt of green freak idiocy, and he proudly showed off his specially designed anti-Canada-oil crash helmet. As soon as a microphone was placed in front of his purposely unshaven face, he immediately began to boss Canadians around about how crap they are, and how stupid and greedy they are — literally “criminals” — for daring to… (get this)… drill for oil that he — Vettel — then uses to make himself richer and to provide him with something like a meaningful life.

Charming. Also highly intelligent. Team owner Lawrance Stroll is a Canadian billionaire who used to sell Ferraris and has a huge collection of them.  Possibly equally intelligent. Vettel’s team-mate is Lawrance’s son Lance. Lance also uses oil products to race for fun and profit. Vettel is German. His country imports most of its energy products from Russia. Allemande left and do si do yer partner.

I could go on.

And now we find Vettel is allegedly, reportedly, part of a racist and homophobic team of racist and homophobic assholes (well OK “assholes” is my words, not included in the report, but I like accuracy in reporting on idiots and a-holes), although I am happy to say there is no accusation indicated that Vettel is himself part of that problem here. Nor either of the Strolls.

A Formula 1 worker who was repeatedly called the n-word by colleagues at the Aston Martin F1 team has told Sky News more needs to be done to confront racism in motorsport.

Aidan Louw, 25, who is mixed race and was born in South Africa, worked as a laminator building parts of the cars driven by Sebastian Vettel at the prestigious F1 team’s base next to Silverstone.

I take all horrible stories of alleged racism like this with strong caution (thanks Jussie Smollett and so many others, not excluding most of the “news” media!). But it’s not like this is in much dispute by the Aston Martin team. They reportedly said in response, “In this case, the complainant was rightly believed, his complaints were immediately acted upon and appropriate sanctions were imposed in line with our zero-tolerance policy.” And Sky News reports it “understands that the individuals involved in the racist and homophobic abuse no longer work there.”

Lesson: The “race” in F-1 racing was supposed to be about racing cars. Not engaging in racism. And not lecturing us about, well, anything. (I don’t have a quippy pun for their alleged homophobia, but suffice it to say these guys are hypocritical gasbags and jerks).

Load more
Previous article
We’re sorry to inconvenience you, but Rogers is down, so please hold your calls to 911
Next article
Young woman allegedly shot dead by a known criminal who wasn’t in jail, for some inexplicable reason