There are some things about which concerned citizens must speak up, and here comes one of them.

In a recent speech attempting to lure Quebec voters, liberal leadership candidate Michael Ignatieff said “The great achievement of Canada, and I think we’re already there, is in Canada you’re free to choose your belonging” (National Post, Oct. 14).

By “already there” he meant that his modern liberal vision of citizenship has already been realized. For he went on to say “You can be Quebecer first and Canadian second, or Canadian first and Quebecer second,” and then added – and this is what struck me – “in the order that suits you.” If what we are choosing is our citizenship – the basis of our national loyalty – then Ignatieff is a spokesman for the bizarre idea that the basis of national citizenship is self-chosen.

If I am not mistaken, the last time the Canadian nation as a whole decided to confront the international peril of totalitarianism on the European continent by defending Britain and the British Commonwealth of nations – the source of our political system, our freedoms, our common-law, and the dominant culture of the Canadian nation – this sort of “choosing your belonging” was vigorously manifested by many thousands of young male Quebecers who, though they were born here and cheerfully accepted all the rights and benefits of Canadian citizenship, chose to decline the responsibility of fighting alongside their Canadian brethren to defend those rights and benefits. What they were choosing really, was that it was okay for us to die for them, but they refused to die for us. By the time this trial balloon for “choosing your belonging” ended, and Quebecers indeed were conscripted to fight alongside us, we were all Canadians, all one, and they proved to be great fighters.

But what this illustrated was that “choosing your own belonging” is not a sound basis for citizenship or nationhood. For any nation worth the name must decide from the very start what it stands for, who is to qualify as a citizen, and how the nation as a whole will control and defend its territory and its national character and long term ambitions. To suggest, as Ignatieff has done that the provinces or states of which a federation is composed may compete with the unity of the federation as a whole for the primary loyalty of citizens is to argue that there is no federation worth the name. Canada may defend itself this week, but not with Quebec-Canadians, or Albertan-Canadians, or Ontarian-Canadians. Next week, however – if oil, say, is threatened – Canada may defend itself with all the latter, but not with Newfoundland-Canadians who have their own oil. It’s everyone’s choice.

Now what is the origin of this idea? It is, I believe, a desperate response to the reality that Canada as a determined nation – I mean a nation determined to define itself culturally, morally, religiously, and politically, has lost its way. Canada has no national will to self-determine. We do not ask ourselves what we want to be. But what is the point of maintaining a nation that has no way, that is blown hither and thither by the winds like a ship at sea with no course or destination? To put this question in perspective, let us imagine we are to start over tomorrow to form ourselves into a new nation. We would have to choose between all available systems of government on offer, choose a dominant language for business and government, a core religious tradition, a legal system, a set of core customs and traditions, and the like. And I believe that if all such choices were laid before us, we would very likely choose a parliamentary system much as we now have, with English as our dominant language. We would include the ancient common-law traditions and customs we have enjoyed for so long, and we would also opt for the Christian religion as the source of our moral code and the underlying foundation of our civil, legal, and political understandings such as the value of persons and property, habeas corpus, and so on. We would also likely insist that immigrants to our new country should share and defend these aspects of nationhood, or seek their happiness in some other land. We would not allow them to choose “what suits them” as a basis for their national loyalty. But what is Canada actually doing?

Another Post item (October 18) tells us that the expected “supertanker” of Chinese immigrants (meaning the flow of immigrants from China) has in fact turned back because “China’s interest in Canada as a place to live is on the decline.” So we are informed without emotion or comment that “Canada’s racial face is about to change.” Notice the passive sense used here. The item does not say that we as a nation, a people with control of our own destiny have decided to change our racial face (here, for race, you can substitute national language, religion, legal system, and so on), but that some force outside Canada – a “demographic shift” – will decide this for us. We learn that the “foreign springboard” of China, will soon launch a majority from India instead, who will bounce into Canada, where the Indian community “with all its domestic political resources” will “continue to widen the flow.” Seems the springboard is to become a Ganges river pouring over our land. What are Canadians to make of this demographic shift? Who has made this decision to alter the very fabric of our nation in this way? A Ms. Wilson, speaking for Citizenship and Immigration Canada was careful to stress that it is not we, the people who have willed or expressed a wish for this change. She informs us – again without emotion or commentary – that the federal government’s immigration program is “demand driven,” and “We don’t tweak it in any way, or impose quotas.”

What this means is that the type, speed, and direction of alterations to the fundamental fabric of the Canadian nation and its people – its legal, religious, linguistic, cultural and moral profile and institutions as we go forward into the future – is being decided by non-Canadians. By which non-Canadians, you may ask? Holding what beliefs? Willing to defend what traditions, laws and customs? It doesn’t seem to matter. As a nation and a people we seem content to remain undefined, undetermined, with no concern about what we become. We are being led into the future by strangers.

If that is what we want, then fine. Let’s openly and proudly choose not to choose what suits us. But I don’t think anyone in recent memory has asked us, and at any rate, whatever it is we think we belong to now will soon not likely be here. Whatever. As long as it suits someone. 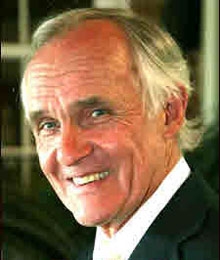