Golly I can’t figure out all the angst amongst us commoners toward governments and the likes of Wall Street and Big Tech and Big Giant Corporations.

Headline: Canadian Heritage minister, top bureaucrats deny ‘cozy’ relationship between department and Facebook Canada — and here’s some quotes (with my obvious highlighting and invaluable verbiage added). Liberals, make sure you have your after-sex cigarettes ready:

“… Facebook’s Canadian Head of Policy Kevin Chan had emailed a senior official at Canadian Heritage [Big Gov Department #8,463] in early 2020 inquiring about a “promising senior analyst” within the public service that Facebook [Big Dickhead Company that loves liberals, and is loved back by them] could hire.

“A copy of the emails was obtained via access to information and first reported by Toronto Star.

“In his message to heritage department official Owen Ripley, Chan, who previously held top senior advisory roles in the federal government, said that the web giant was offering a “challenging,” “fascinating” and lucrative job within Facebook’s public policy team.

“Chan added that he was open to hiring public servants who took a temporary leave of absence from their department to come work for Facebook. That means that they could later return to their public sector jobs if the department allowed it.

““I am happy to circulate to a few people who might be good candidates,” replied Ripley, who holds the title of director general, broadcasting, copyright & creative marketplace at Canadian Heritage.” [When you finish barfing, read that title again. This is peak Leftist Government Bullshit. I don’t think even Communist China has positions like that.]

When confronted by what I can only imagine must have been stunned, gobsmacked faces on the erstwhile sleeping members of the Stupid Committee, Chan didn’t demure, and merely whipped out his dick:

“In front of committee members Friday, Chan said that neither he nor Facebook had done anything wrong by sending out that email.”

And now, Liberals, a smoke. 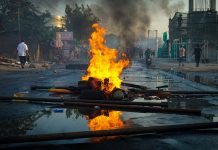 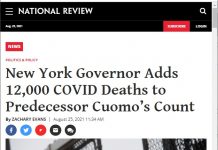