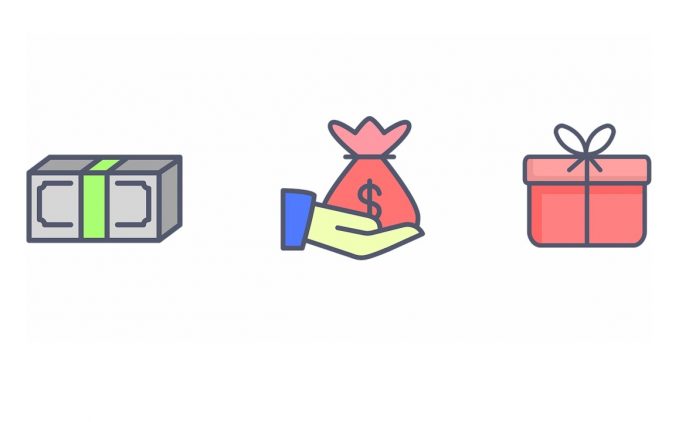 This could be about the World Health Organization or the United Nations. But no, that’s another article. This one is about another institution we fund with our tax dollars, but which hates us and everything we stand for even more: our taxpayer-funded universities and colleges.

Especially for the conservative-minded, this taxpayer funding of what is quite clearly a left-wing indoctrination industry is an outright travesty. Liberals know this. They’re dishonest in not raising it themselves.

As a liberal, should your tax dollars go toward funding Donald Trump’s election campaign? You see my point. You always did.

Here’s the obligatory universities turn out some skilled people and do some good work, of course. But they have really excelled at churning out left-wing political activists and social justice warriors, created in university administrators’ and faculty’s own leftist political image.

Compared to the rather effete NDP in Canada or the more powerful Democratic Party/news-media coalition in the U.S.A., universities’ administrators and professors are just as partisan, more outspoken (tenure!), and just as politically activist, but they may have even more power to crush us and overturn our society and wreck it, because they have the mind control of millions of our young people under their thumbs. And no worries about elections.

Many of today’s huge army of sometimes riotous, police-car-burning, and career-ending political-correctness goons, and the socialists, Marxists, and Maoists screeching like morons, “Defund Police!” —are soldiers trained at our universities. Those clearly left-wing-biased news reporters and anchors? Same. Those ever-so “woke” corporation execs funding the Marxist-inspired Black Lives Matter with hundreds of millions of dollars and proclaiming their fealty to BLM and all things “systemic racism”? Same again. School teachers and some of their Marxist union leaders, Hollywood actors, judges, prosecutors, social workers, government bureaucrats: same same same.

That’s the kind of product universities are putting out there. An army of left-wing soldiers and voters. Some of them outright fascists, as we’ve seen.

A recent study put the ratio of Democrat to Republican university professors in the U.S. at a shocking 13-to-1. I think they understated it. And in Canada I bet it is worse, based partially on my own miserable experience in college and university.

That number betrays a rabidly partisan political institution that plainly cries out for a massive restructuring. That number alone is cause for defunding. It’s a total failure on several planes. This kind of radical — almost total — imbalance and its inherent dangerous political ramifications, to say nothing of the damage done to democracy itself, should be a nightmare for anyone who takes our country and freedom seriously. Moreover, the damage done to reputation of academics and the academy itself is incalculable. It could very well go the way of the news media with its now almost absolute lack of credibility.

Universities have more than amply demonstrated their utter disdain not just for conservatives — both on campus (or more likely formerly on campus), and for those who they’ve kept outside of their cherished and very ideologically exclusive midsts. But we also see a disdain for even “traditional” thoughts and ideas, whether economic or social. I think we’re now more than fully apprised of the elitist academics’ intolerance of any semblance of diversity of thought or ideology, including their abhorrence of anything — any statement, text, Twitter or Facebook “like” or even thoughts — that don’t precisely match their strict, woke, leftist orthodoxy. They and their soldiers foist this garbage dogma on people with what I can only describe as religious-like zeal.

Given what we know about universities, how can you possibly be morally OK with taxpayer funding of universities? How can anyone — liberal or conservative?

Governments should not fund radical partisan activist political organizations like this. This is obvious to every honest person.

We should cease all taxpayer funding to liberal arts schools and faculties, which is where most of the left-wing indoctrination takes place. Sciences are safe because there’s no science that advances leftism — not even “climate science,” and particularly not biology. (I make a solid, broad, exception for technical and trades schools, and STEM schools. Luckily, most of those schools aren’t dominated by Marxist mobsters, and they turn out actual skilled, income-producing adults who are mature enough to get jobs, buy homes, and raise families.)

Universities — if they think they are so popularly supported — can raise their own funds from their own political donor class, just like their brothers and sisters in left-wing political parties do. I am sure the Communist Party of China will offer to assist. (I think they already do! I strongly advise against continuing to accepting it. It should be illegal.)

If those schools of leftism completely change their curriculum and stop indoctrinating students with left-wing activist garbage, then we can review funding. But I do want to see the science. The evidence.

If they change their entire staff and its diversity structure by hiring some of the thousands of conservative-minded professors that they’ve obviously banished, and thus change the faculty ratio so that is no longer the current 13-to-1 but more like 1-1, then we can review funding.

If they stop inhibiting free speech: invite, and fully enable conservatives to speak freely on campus — instead of literally trying to prevent them from coming, and literally enabling violent mob rule whenever a conservative speaker is invited to speak by a rogue conservative or free speech club, we can talk about funding.

Universities aren’t supposed to be left-wing political activist training camps. But inarguably, that’s what they’ve become. Everybody knows it. Those who want to attend should be required to pay the full cost. And the universities themselves should be the ones bankrolling any student loans, at their own risk. Just don’t ask me to pay to teach people to destroy what me and my country stands for. That isn’t social justice, it’s a fascist tyranny.

To close, here’s a tweet I saw just before publishing:

This is often how I feel. https://t.co/L4KlejWz6L

Previous articleTrudeau: “WE TOOK ON DEBT SO CANADIANS DIDN’T HAVE TO”
Next articleWE need the Liberals to do a bowel cleansing