Toronto Mayor is Not a Victim 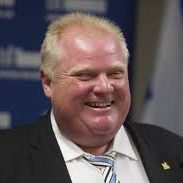 I voted for Rob Ford. Normally, I embrace the sanctity of the secret ballot and disdain columnists who announce their personal choices as if they were somehow important. But in this case, an exception is in order.

Having recently described to a largely American readership how the mayor of Toronto brought Canada’s largest city to its current condition of international punch-line, I heard about it from the hometown crowd. While there were some who have never much liked Ford and were happy to agree with my criticism, many Ford supporters were animated that I had joined the media chase-group that has hounded him for years.

Ford’s defenders aver that people do not appreciate all the mayor’s good works. Some repeat the Clinton-era trope that a politician’s personal life – in Ford’s case, this includes a growing video library of bizarre antics, aided by various substances, controlled and otherwise – has no bearing on his ability to do his job. This is bollocks on stilts, always has been, and willfully disregards the fact that a public leader’s personal conduct is, by definition, part of the job (more on which below).

It bears repeating that Ford won an overwhelming victory in 2010, claiming almost half the vote in a crowded field. Oftentimes when a conservative candidate triumphs in a left-leaning locale, which includes almost all urban centres like Toronto, it is a reaction to spendthrift, nanny-state liberalism evinced by his predecessor.

This was the case with Ford, who replaced an unreconstructed socialist who had caved to unions one too many times to mount a credible bid for re-election. Many voters were aware of Ford’s outlandish behavior in the past but, as a sitting member of city council with a clear message of fiscal responsibility, he was given a mandate.

All that is tickety-boo, right up until the point when your mayor starts smoking crack. After denying a report by the Toronto Star in May of 2013 that he had been videotaped doing just that, Ford has since been contradicted by the chief of police, and other unflattering footage of the mayor has recently surfaced. Nevertheless, his supporters insist this is yet more unfair media targeting of an otherwise effective limited-government advocate.

Having been a right-of-centre participant in public discourse since the dawn of this century, I get it. We are routinely subjected to greater scrutiny, harsher criticism, and reflexively portrayed as stupid, evil and always, somehow, racist. All that said – this isn’t that.

I am acutely familiar with the phenomenon of journalistic swarming (I eschew the word “bullying” as it seems a modern day catch-all for every politically correct fetish), particularly of conservative figures. I pointed this out in my earlier column, with passing reference to George W. Bush. But Ford’s conduct bursts the dam of mere liberal media bias.

Some have suggested that the latest video embarrassment to emerge, showing Ford raging around a private residence, issuing profanity-laced death threats against some unidentified unfortunate, is in fact an impression of Hulk Hogan, pertinent to their public arm-wrestling match.

Now, having wasted more weekends than most watching the WWF in the 1980’s, such that I could recite the history of the Intercontinental Title from its inception with Pat Patterson (note, also, that I would rather die roaring than call it the “WWE”), I testify that Ford’s rendition of Hogan is so terrible as to call the entire subterfuge into doubt. But, to be charitable, let us assume it is true.

While poor impersonations of professional wrestlers are no basis on which to judge politicians – although, I am reliably informed that Canadian Prime Minister Stephen Harper’s impression of Randy “Macho Man” Savage is impeccable – Ford’s raving strengthens the consensus that he is deeply troubled.

Many who are urging Ford to “get help” have not the slightest concern for his well-being and are merely using modern-therapeutic shorthand to call him a drunk and a reprobate. This is cousin to how a Southern conservative might patronize, “I’ll pray for you.”

Personally, I am no more than somewhat concerned about Ford. Yes, I should cherish him as a child of God, whose fate makes all Heaven weep, but readers can pore over my oeuvre until their eyes fall out and find no passage in which I claim to be a good person.

As an estimate, my worry over whether Rob Ford gets help is considerably less than my concern for the Leafs to make the playoffs and slightly above my angst over whether the Jonas Brothers patch things up.

Others have suggested Ford should be commended for finally admitting what he has done (sort of), confronting the fact that he has a problem, and floating the idea of entering rehab.

Candour is good; self-examination is also good. But doing the job you were elected and are paid to do, on behalf of a whole city of folks whose jobs require them to maintain a higher standard of conduct than you have shown is also good; indeed, crucial.

And it is not as though Ford’s record is so stellar that it cancels out any shortcomings. Perhaps, in theory, there is a level of public stewardship so outstanding that it entitles one to smoke drugs, maunder about and embarrass one’s constituents on a global scale. If such a status exists, Ford has not attained it.

As mayor, Ford has done a fairly good job – but no more than that. While he has kept taxes from the preferred and demented trajectory of others on council, they remain high, streetcar lanes still snarl major streets, environmentalist commissars demand costly compliance of property owners to combat “climate change,” the increasingly militarized police treat the public as the enemy, and driving in the city remains a dog’s breakfast.

But of particular relevance to this imbroglio is the portion of the job that includes representing the city. There is a reason we have mayors cut ribbons at openings and greet dignitaries. Mayors stand for us. It does not suffice to say he has behaved poorly, but since he saved tax money he is, ipso facto, a good mayor. Representing the city to others is part of the portfolio and, while arguably not the most crucial element, its significance is not eliminated by the pecuniary aspects of the job.

Herewith, a policy for Toronto: You can smoke crack, or be mayor, but not both.

Previous articleCBC: Equal Time for Mocking Liberals? No No, I Wasn’t Being Satrical.
Next articleSun News’ Ray Heard engages in one of those pathological liberal Sarah Palin hate-ons