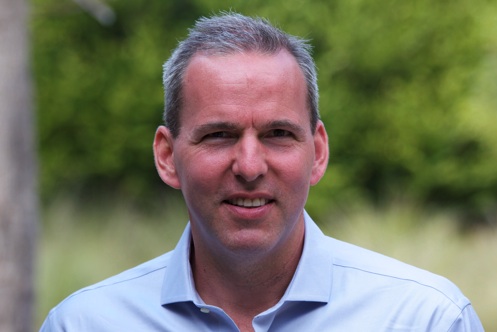 [dropcap]E[/dropcap]ach new day gives me fresh reasons to reiterate this: the mainstream liberal media has given up even the pretence of impartiality and objectivity and fair and balanced reporting.

Today, as if to prove it yet again, Jonathan Kay, an editor in charge of the editorial division of the National Post, is caught hiding the fact that at least six months ago, he was paid to help write Justin Trudeau’s book, which was released amidst much ongoing liberal media fanfare, just this week.

As they say, it’s not (just) the “crime,” but the coverup. And by “they,” I mean liberals in the liberal media, when they’re making random accusations against conservatives of scurrilous coverups and that mystical, pernicious, “Hidden Agenda®.”

And an editor of a national newspaper helps write it, hides that fact from readers, and thinks that’s OK?  Yeah no. It’s not OK.

It’s so obviously not OK that today, Jonathan Kay dutifully took to his own newspaper’s editorial section – which he edits – to apologize and resign. No sorry, I was dreaming of living in a sane world, and got that wrong. He wrote, dismissively, absurdly, in defence of his actions.

After all, he says, since he’s employed as a professional by the news media, he is, therefore, fully impartial! He says it as if it’s a universal truth. I imagine if we don’t agree, we’re “deniers.”

…Nor was I working to promote any particular political agenda: As a professional writer and editor, I am merely a gun for hire, so to speak. …

See? Which reminds me of another thing I say: liberals think everybody in the room agrees with them.

The absurdity mounts with almost every sentence he types.

… Yesterday, critics on social media described my work with Mr. Trudeau as “secret,” and claimed that the Star’s naming of me was a “bombshell.” Not quite: Mr. Trudeau lists me on the book’s Acknowledgements page. …

So it’s not secret, um, after we find out. That’s true, I guess. In a very twisted way, kinda like when that cop tried to give an idiot a speeding ticket, and the idiot said “but you’re giving me a ticket right NOW, and I’m not speeding right NOW.”

What he indicates now, today, is that any fanciful machinations from you stupid neocons about any funky ridiculous conflict, ended exactly when he cashed his check for helping to write that book – “Full stop,” he writes, reminding us of Barack Obama’s lie, “If you like your health care plan, you can keep your plan, PERIOD.”

And then magically – no really you guys – he is no longer conflicted. Like now, for instance, he has no interest in the sales of the book, or in the political prospects of Justin Trudeau. That’s totes for real you guys. Because, journalism.

In a staggering bit of obfuscation, logical incongruity, and a strident effort at moral relativism, he name-drops Ezra Levant, of the Sun News Network. This is a failed attempt to turn us “cons” around. As we know, although Kay doesn’t mention it today, for once, so many self-anointed elites like him in the liberal media cartel, collectively and in unison, as if by sheer coincidence and not at all by covert design, all have a hate-on for Sun News and Ezra Levant.

I have worked as an editorial assistant on a wide variety of books — including, ironically, Shakedown, Ezra Levant’s own 2009 manifesto against Canada’s human-rights commissions.

Ironic? It was an excellent book. (And yeah, I tend to use the term “book,” rather than “manifesto.”)  Oh and Ezra Levant is not running for political office. Wasn’t then, isn’t now. And Justin Trudeau is. So Kay’s “irony” falls flat.

You want irony? OK here’s some irony: the likes of Jonathan Kay constantly, and like so many left-wing hack bloggers, accuse the Sun News Network of being in the pocket of the Conservative Party – like it’s a covert “neocon” operation which is actually bought by the CPC. And yet here’s the National Post editor helping to write a Trudeau campaign book. Getting paid to do so. And all while remaining on the job – then, and now. That’s irony.

We all hear the media blather on about politicians and the government being open and transparent and accessible to the media and therefore the public. The public’s right to know, and all that. But liberals and their media apparently have a completely different set of rules for themselves.

And that is today’s example of the perfidy of the liberal mainstream media.