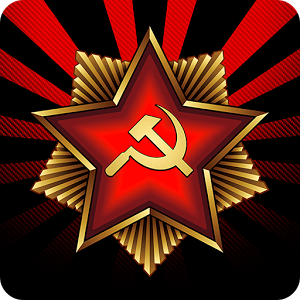 The headline in the Globe and Mail neglects to mention “welfare state,” and is simply: “B.C. government to subsidize rental units in response to housing crisis.”   It might just as well have been “Build Them and They Will Come.”

Progressives or socialists (whichever term you prefer) never give up trying to build their utopian Field of [Socialist] Dreams, with your money mind you. As we on the right side know, this will all end poorly — when they run out of your money (as Margaret Thatcher warned us decades ago). Having learned utterly nothing from history, this should happen any time now. Maybe when all the productive people paying all the taxes join Dagny, move to Galt’s Gulch, and quit working for the government instead of themselves as they’d prefer.

BC’s liberal Liberal progressive-left premier, Christy Clark, as if once again feeling the need to prove her progressive-left bona fides, now promises still more hundreds of millions of dollars of other people’s money, redistributed from taxpayers to the “poor people” who can’t afford rental housing in Vancouver. This follows previous governments’ spending of billions upon billions of other people’s money, subsidizing housing for people who couldn’t afford it.

The great lasting benefit after a decades-long history of this liberal-left social engineering and interference in every aspect of the free market is that now,

the housing and homelessness problem is worse than ever, and getting steadily worse as more and more people demand “their share” of even more government “help.” This history of abject failure is a quintessentially progressive, liberal, and socialist history. Or as even Karl Marx might say today, “History repeats itself, first as tragedy, second as farce.”

If we’ve seen the first of it, this is the farce:

…the province will approve half a billion dollars in projects to create 2,900 rental units for what Premier Christy Clark described as a broad cross-section of society that includes social-assistance recipients as well as some middle-income renters.

This is more than mere farce. This is preposterous. That paragraph is literally the epitome of the word “progressive” as used in left-wing politics. It should really be inserted in bold typeface in one of the state-funded universities’ political science textbooks in the chapter on socialism (or is everyone just taking “Womens’ Studies” these days?).

As we can see, students, it is no longer just welfare for what we used to call “poor people” who used to have some sort of mental or physical disability, but now it is expanded to include a whole “broad cross-section of society” including even “middle income” earners who are perfectly able and capable of looking after themselves, or should be. As the Progressive Insurance lady would say, “now that’s progressive.”

What’s the limit to this?

A spokeswoman for Rich Coleman, the Minister Responsible for Housing, said the new units will target the province’s most vulnerable groups, but also provide some affordable rentals for those households earning less than $96,000 a year.

So social welfare is now required for households earning less than $96,000 per year? Correct me if I’m wrong, but isn’t that just about everybody? (Well yes, Joel, that is the point! ~a progressive minion)

Naturally, in five years’ time, the threshold will be all those households earning less than $120,000. Then it’s $200,000. Then of course it’s just everybody. The state will own most or all of the housing, and they will house everyone, not unlike the old Soviet Union or any other failed socialist state. That is the logical conclusion, unless someone stops the farce.

Or are you telling me that there is some magic limit — some Obamic “red line” — at which this will in fact all stop, and all the socialists will finally concede that now, whooboy, the limit’s been reached!

At $96,000 there is still utterly no signs of stopping. The Globe and Mail article doesn’t even remotely address the issue of where this will end. Liberals and of course the even more socialist you’ve got to be kidding party are demanding the exact opposite –that the “broad cross-section” expand even more than this. So tell me honestly this is not Back in the U.S.S.R.

There are now just approximately 14 families left in BC who don’t qualify and aren’t on some form of welfare (I’m one, having taken the bizarre step of moving out of Vancouver where it was too expensive (duh!), but I’m Google-Mapping directions to Galt’s Gulch so the number will be just 13 soon).

Those people I leave behind will still have to drive their car, insured as it is mandated to be by BC’s state-owned, state-run insurance monopoly, to BC’s state-owned and state-run liquor outlet to drown their sorrows in a limited selection of booze which was selected especially for them by the BC’s state liquor politburo. If they get sick of this farce, mentally or physically, they will have to join the weeks or months-long line up for state-run, North Korean-style healthcare at the state hospital, and while waiting they will still be required to file and pay income taxes to support all the “poor” people. This is “freedom” and “justice” and “makes sense” to a socialist.

Me and my gang of “irredeemable deplorables” (TM Hillary Clinton, Progressive) have been warning of (and in my case, yelling and screaming about) this sort of socialist slippery slope all of our adult lives. And it’s been slipping every, single, day.

The headline of my article today is a another quote by Margaret Thatcher, speaking about socialists, right after her warning about socialists running out of other people’s money. But it really should have been the Globe and Mail‘s headline. Until it is — until we all see what’s going on and do a complete one-eighty — then spoiler alert: this farce is happening.

Previous articleSICK. CBC sends ambulance to revive their Hillary
Next articleCops injured in terror attack; but mostly a (pretty) “female” was injured