Did you buy Kleenex shares as I recommended on Thursday?

Kleenex stock (stock symbol KMB) went up 41 cents U.S. on Friday!  I’m quite sure this was a direct result of my BUY BUY BUY recommendation on Thursday, as many of you no doubt clamored to your stock broker, or maybe simply phoned him or her or did it online, and invested whatever you had. 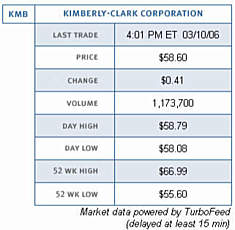 Yes it’s all true.  If you’d followed my snotty investment advisory on Thursday which was manifestly related to local snot production outputs, and bought shares of Kleenex on Friday morning, you’d have made a profit already!

I’m pretty sure this sudden rise in share price was partly a result of my Friday blowing.  It was a doozy of a nose-blower of a day.  If what I was producing on Friday was oil instead of, um, not oil, then we’d all be rich.  Rich.  Rich, I tell you.

Meanwhile, the Liberal Party and the you’ve got to be kidding party are attempting to capitalize on the new western-Canadian-owned resource and are demanding a new state tax on my personal schnoz.  They demand the Conservatives collect royalties through some complicated formula as documented in a new 3,000 page tomb called “The Schnoz Tax—It’s a Progressive Canadian Value—and it’s green!”

But in the real world of capitalization, if you only bought 100 shares of KMB you’d already have made US$41.00.  And under the Conservatives’ capital gains tax plan, that’d be tax free if you re-invested it!  Ordinarily I’d recommend that you re-invest in Buckley’s brand cough remedy (tastes like crap but makes your cough run away like a little girl—or as I imagined while I was feverish—like a liberal who just got confronted by actual facts in the face of their retarded arguments).  However they’re a private company so you can’t.  (Do go to their web site though—it’s an actual Canadian value).

But anyway, I’m not 100% well yet (I’d say I’m 60%), so I’m still going slow as my fever goes up and down.  I have so many emails to go through that I’m letting Alby (our doggy) read and reply to some.  She alternately licks some of them and pees on others, which is largely what I do with them anyway.

I also have other chores I have to catch-up on, like actual work, and gardening (we live on the west coast, so we’re already well into gardening season).  For example I have to watch my wife dig out a tree and move it to a new location.  I’m sick still so I can’t help.  But she came up with another pioneering Canadian entrepreneurial and green idea (it’s “Kyoto Friendly”!), which is to deploy the new western-based resource and leave me laying there, face down, schnoz located at approximately the new location of the tree trunk, and just drain drain drain until the tree is well watered.