A follow-up to my now several posts about Bill C-10, this column written by Andrew Coyne of the Liberals’ Globe and Mail division:

Worried the government will censor your cat videos? The rest of Bill C-10 is even worse

… This is, in any case, hardly the only issue with Bill C-10. Even if Section 4.1 were restored, and the government abstained from the mad project of inspecting and assessing millions of user posts for their Canadianness, that would still leave the rest of the bill – whose intent, let us recall, is to regulate the internet.

The audacity of this is only exceeded by its futility, though both are eclipsed by its pointlessness. …

The legislation, in short, is a solution in search of a problem. And what a solution: handing the power to regulate the internet – I still can’t believe I’m typing that phrase – to the Canadian Radio-television and Telecommunications Commission, a body whose approach to the subject can be expected to be every bit as streamlined and up-to-date as its name suggests. …

And pardon me for spoiling the impact of his conclusion, but he asks a question many of the normally complacent, go along to get along, polite Canadians are now finally starting to ask in earnest, and one which alas, is, for real, of serious concern:

“Do we think it will take a cautious and constrained view of its new powers? And do we think the government, this government, wants it to?”

I can’t believe a serious, sober journalist — one who has been at least open-minded about this Liberal government and at least somewhat disqualifying of any other party — writing in Canada’s major newspaper, even remotely has to (has he does have to, mind you) ask that question, in what used to be safely considered by all to be a decidedly and everlastingly free country. But here we are. 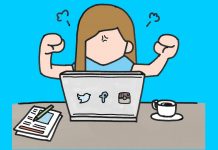 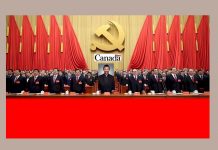