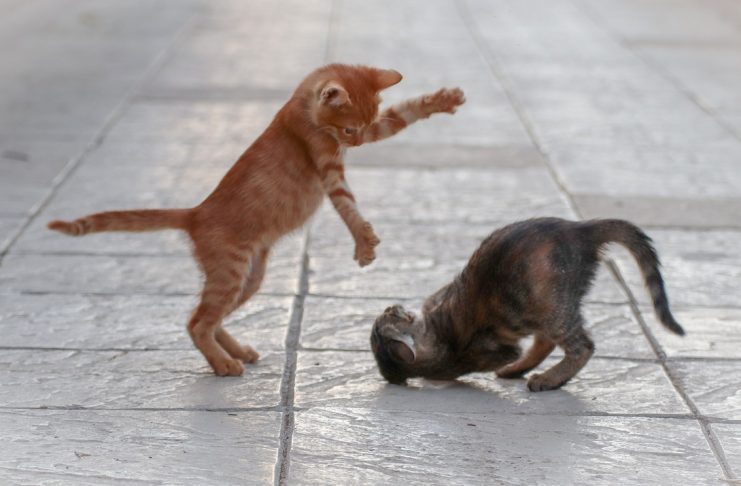 This is gold. Soviet-style gold!

The state-owned postal service, Canada Post, which they risibly insist on calling “the company” as if it’s no different from Leon’s Furniture, is now fighting with not only its big (huge!) public-sector union employees, but with at least two other state agencies/departments/politbureau secretariats. 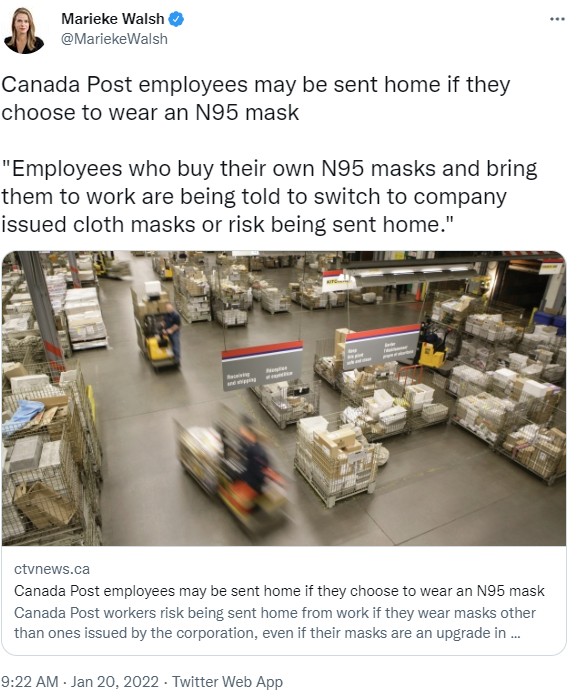 For its part, CTV joins them in referring to the state-owned pure 100% government monopoly as “the corporation” and “the company.”

Canada Post workers risk being sent home from work if they wear masks other than ones issued by the corporation, even if their masks are an upgrade in safety.

Employees who buy their own N95 masks and bring them to work are being told to switch to company issued cloth masks or risk being sent home.

But this is where it gets hot! Whew! Someone get me a beer and popcorn (©2005 Scott Reid and The Liberal Party)! Get a load of all the authoritarian (fascist?) state mandate-y bullshittery and inter-departmental soviet-style state non-gendered blame-laying! Putin hold my beer!

“The mask requirements, like our vaccine mandate, are mandatory and necessary under direction from the (Employment and Social Development Canada [ESDC]),” a spokesperson for Canada Post said in an emailed statement. “Therefore anyone at work must comply.”

It goes on though. If they fail to… “comply, they are asked to leave the workplace.” Mail shmail! Who needs it?! Taxpayer-paid state services are for shmucks! This is Russia! OK it’s Canada but whatever!

But this is Soviet Olympic Team-level state-on-state action folks. This ain’t no shitty hockey game on state-owned CBC. Watch!

However, the office of the federal minister of labour told CTVNews.ca that there’s nothing in the Canada Labour Code or federal occupational health and safety regulations that prevents workers from wearing higher-quality face coverings.

“To add, there is no provision in the Code or COHSR that would prevent an employer from providing, or prevent an employee from wearing, respiratory protection in accordance with their Hazard Prevention Program. Employers can go above and beyond what they are required to do, either under the Code or as outlined in a direction issued by the Labour Program when contraventions are identified,” a spokesperson for Labour Minister Seamus O’Regan said in a statement.

And the union wants to be on top of course even though “the company” won’t allow it. I’m glad they’re all greased-up the way they are!

In an emailed statement to CTVNews.ca, Canadian Union of Postal Workers (CUPW) National President Jan Simpson said the union is “concerned” that Canada Post is refusing to allow its members to wear N95 masks. …

It’s doubly fun because obviously, as the CDC has stated, and according to The Science™, and as The Government has acknowledged, and as even the dumbest dumb-ass knows, N95 masks are better  —but Science-shmience.  What’s really important is government dictates and orders, and compliance and statements and codes and regulations and “what’s allowed” and mandates and mandatory and requirements and departments and programs and ministers and social development and government y’all!

Just one area of improvement could make this better: each participant is dressed in a Soviet Proletariat costume, which makes it confusing for the viewers.

And now please rise for the Russian national anthem. Because they won.