British Columbia, for those of you who don’t know, has two main political parties: the left-wing labor-union-and-wokeness-obsessed NDP, and the not-quite-as-left-wing BC Liberals —no relation to the federal Liberals, the BC Liberals sometimes say, even though they have “Liberal” in their name for some weird reason having nothing to do with being Liberals through and through.

People on the left in BC call the BC Liberals a “right-wing” party, which exemplifies just how ignorant and out of touch many on the left are. Or just how left-wing they are. Or both. This is a party that supports monopoly government-paid-for healthcare, including government paid-for abortions for any or no reason at any time in every government-owned hospital, a monopoly state-owned car insurance scam, state-owned monopoly pot and liquor stores and government buying operation, a monopoly state-owned ferry service and cruise ship line, a state-owned monopoly gambling operation, a state-owned electricity-generating monopoly business, and so much more I could fill the page with all the “right-wing” examples.

The last election was a major loss for the BC Liberals, stuck, as they were, with a leader who did not connect with voters at all, not the least of which was because the NDP Premier called the election in the midst of a global pandemic, on purpose, in order to scam voters into voting for him and giving him a majority.

Today the BC Liberals are searching for a new leader. Current BC Liberal MLA Michael Lee has entered the fray. He seems like a nice man, but he seems to be totally cool with the “Liberal” in BC Liberal Party. This is a problem for me. One of the best things that have come out of this latent BC Liberal leadership reckoning is the idea of finally ditching the “Liberal” in the party name, thus recognizing the abject failure of politically liberal policies throughout North America, to say nothing of the federal Liberals. Kevin Falcon, another leadership contender, has made that suggestion, as the report points out.

But Lee is not so sure. As leader, he wants to see what people tell him to do. As leader.

However, Lee said he will wait for direction from the party membership before supporting a name change.

So that’s weird. For a leader. Also, wrong. I can’t stomach voting for a liberal Party. Since I am not a liberal. Or a Liberal. Or a BC Liberal. But Lee is unmoved, and he just might be a liberal. And it wasn’t just the fact that he worked for liberal Kim Campbell in his past. (Oh I know, don’t be pedantic. Campbell was a Progressive Conservative leader and PM once, but, and I must implore you, the word PROGRESSIVE was placed first before the word Conservative for a reason, way back then in that party’s name, it having everything to do with political ideology. Everything.

“A name is just one part of a rebuild. The challenges we have are not just cosmetic and for me we need to come together over our common values. For me, that means re-engaging with party members from the ground up. Party members are going to talk about the name and that’s an important component of the rebuild, but that’s not the first thing I will start with.”

It’s not just cosmetic. It’s about admitting to failure — failure of a political ideology. And changing. It’s the first thing you should start with. 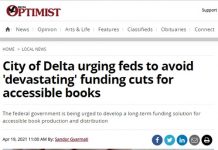 Could you spare 20 cents for the TRULY needy, Mr. Trudeau? No? 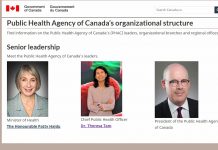