Your tax dollars at work: “picking nose and eating boogers may be good for you.”

Oh finally some news about boogers and snot and crap found up your nose and then eating it.  It’s like the multitudinous government-funded agents of news and learning and information dissemination are reading my m… snot!

The state-owned, taxpayer-funded CBC “news” article is headlined “Picking your nose and eating it may be good for you”. If you dig deeper you’ll see the underlying URL is actually even more yummy. It reads “http://www.cbc.ca/… picking-your-nose-may-be-healthy-eating-boogers-snot…”. (Despite adding the words “boogers” and “snot” it turns out it’snot another glowing, positive, story defending their snotty Justin Trudeau, making this the first story at the CBC this month which isn’t.)

This news is about the latest gem a professor at one of our nation’s taxpayer-funded academic institutions pulled-out.

The state-owned radio orifice  —  known to socialists as “CBC Radio One,” “CBC Radio 2,” and CBC Radio 3″ (yessir there’s three channels)  —  also once again stuck its finger where it doesn’t belong (sorry  —  invested its finger…), and took out an even bigger greenie, and then wiped it on taxpayers by producing a seven-minute-long audio booger. In it, they engaged the professor himself in some serious, scientific snot-talk. The professor explained how he’d conduct his snot/booger experiment by having his students pick their noses, and then eating their finds.

I find this to be redundant. This is what CBC listeners and watchers already do while listening to and watching CBC, only in an academic setting instead. Either way, this exercise is being taxpayer funded.

By the way, speaking of the things that the official state disseminators of information such as the CBC (the CBC’s 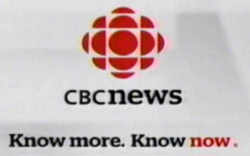 marketing buzz-phrase: “Know more! Know now!”) want to pick out as news or human-interest stories, and want you to look at and consume  —  and what they DON’T want you to see or know anything about  —  note that the CBC has no stories today on the abortionist Kermit Gosnell and his trial, which has been ongoing this week, and in fact the CBC hasn’t mentioned him for more than two years. They have several articles and interviews available online with regard to Kermit the Frog, however. So.

The rest of the news from the CBC today is just more of what they do best: blowing smoke up my arse. So information-wise, it’s going both ways from our government today. At least this one story wasn’t more laudatory goop about Justin Trudeau.

Addendum:
While we’re at it:

Previous articleTrudeau Jr., uh, won’t, uh, support BC Liberal Clark in BC Libs’, uh, re-election bid. Duh.
Next articleMischa Popoff to run as an independent now, after BC Conservatives bull-poop on him